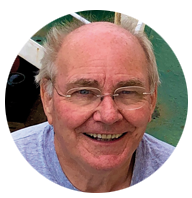 Ray Clark is a national and international award winning radio presenter and radio documentary maker with more than thirty years' experience. He started his career on Radio Caroline in the 1980s and currently presents on BBC Essex, Kent, Suffolk and Norfolk, KDKA Pittsburgh, Radio Caroline’s 'Flashback' and ‘North’ service. He is also the author of Radio Caroline: The True Story of the Boat That Rocked and The Great British Woodstock: The Incredible Story of the Weeley Festival 1971. Both available here.

Radio Caroline: The True Story of the Boat That Rocked 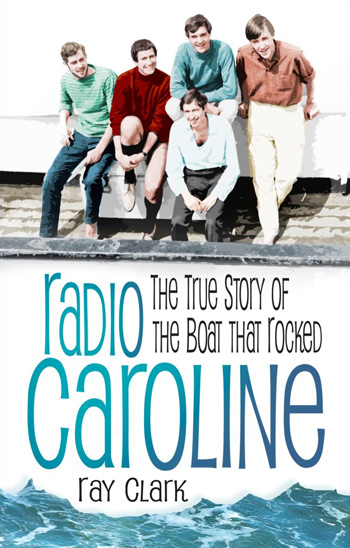 This is the second edition of Ray's top selling book, now with the story brought up to date: Including the stories behind 648AM, DAB, Caroline North, Caroline Flashback and other events involving Caroline's iconic ship Ross Revenge.

Radio Caroline was the world's most famous pirate radio station during its heyday in the 1960’s, 1970’s and 1980's, but did the millions of people tuning in realise just what battles went on behind the scenes? Financed by respected city money men, this is a story of human endeavour and risk, international politics, business success and financial failures.

In March 1964, a ship with a towering 168ft-high steel transmitting mast anchored just beyond British territorial waters, started to broadcast . . . And a legend was born.

RADIO CAROLINE was the world's most famous pirate radio station in the 1960s, '70s and '80s. But while thousands of listeners were tuning in across the country, it wasn't always smooth sailing behind the scenes. Though she was financed by respectable city money men initially, Caroline faced many challenges: political opposition, financial worries, technical problems and, of course, the dangers and difficulties of the sea. She defied authority, helped to transform attitudes and promoted musical innovation, love and peace throughout her trials.  Radio Caroline is remembered as an icon of the Sixties but actually continued on through the Seventies and Eighties, and still broadcasts today. Featuring unpublished interviews with the 'pirate presenters' who were there – Includes many colour and black and white photographs.

Broadcaster and Author Ray Clark tells the captivating story of the boat that rocked – and continues to rock! 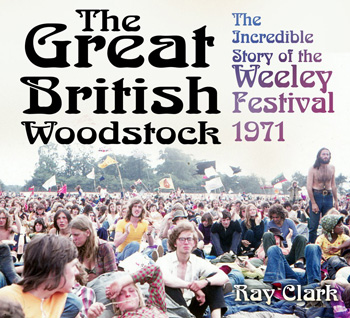 Say "Woodstock", "Glastonbury", "Isle of Wight", maybe even "Knebworth" and you hardly need to add the words "Pop Festival". But Weeley? – what on earth is that? It is a tiny village just near Clacton on Sea, Essex where some good hearted people decided to spice up the annual Donkey Derby with a “small” music event where local bands would play and make a bit of money for charity.

...the Weeley Festival soon spiralled quite out of control....

It started as a donkey derby, a small local charity event, but when plans for the 1971 Isle of Wight Festival fell through, Clacton Round Table decided to hold a pop concert of their own a small gig for 5,000 locals. Little did they know that it would become one of the biggest music festivals ever seen in the UK, drawing a crowd of over 150,000 people. The Weeley Festival of Progressive Music has since become part of British popular music folklore. Overwhelmed by the sheer number of those attending, the experience of Weeley would change how outdoor events like this were organised. Rock stars including Rod Stewart and The Faces, Status Quo and T.Rex, accompanied by Hell's Angels, a rural police force, local volunteers and a complete lack of proper planning, culminated in one of the most legendary festivals of all time. In The Great British Woodstock, this one-off event is remembered by those who were there in both unpublished interviews and photographs.